Construction of the Waitakere tunnel was a laborious task, due to hard clay and the need to fill surrounding swampland.

Construction gangs of largely Maori and Irish workers worked at both ends of the Henderson-Kumeu link with one gang at the Waitakere tunnel site. There were camps for the men and fenced-off grazing for the large teams of horses that daily hauled the ploughs and scoops. Ballast for the line was brought by work trains from the newly opened railway quarry on the slopes of Mount Albert.

On the Swanson side, a shaft of 270 yards was driven through the ridge to connect accurately with the Waitakere side of the hill. On 28 January 1881, a formal breakthrough was made to the resounding cheers of contractors, miners, bricklayers and labourers. The Weekly News reported on the festivities:

Arrangements were made for a substantial and well-furnished banquet to the officers and workmen, and this was spread in the large building used as a dining-room by the men employed at the tunnel. There was a plentiful supply of solids, delicacies, wines and spirits. At the time appointed for the formal breaking through, the whole of the workmen were assembled and a procession was formed which marched through the tunnel to its extreme end. Mr Steward and his assistants led the way, followed by the contractors, the foremen, miners, bricklayers and labourers. The face was all in readiness, a thin wall of about nine inches being left standing. Two stalwart miners let daylight through this in a few minutes and them Messrs. Steward and Hale formally broke an exit with picks, amidst ringing cheers which resounded through the tunnel.

All made their way through the opening, where they were met by the men working on the Kumeu side, and congratulations were exchanged, after which all marched back through the tunnel, headed by Mr Collins, blacksmith, who played “The Conquering Hero” and other airs on the flute. The company then assembled at the banquet, and it is needless to say that there was full justice done to it. 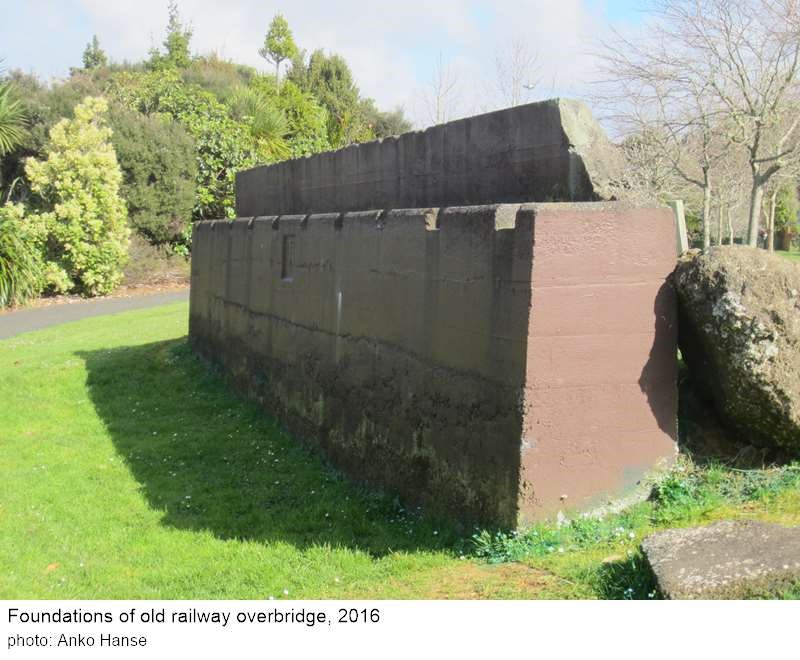 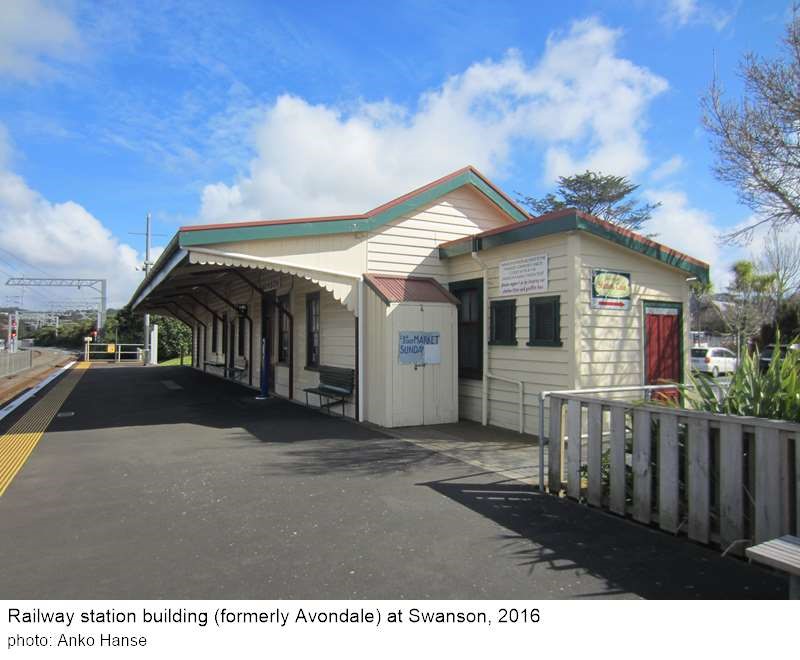 1.97 km
The Swanson Railway Station Project began at the end of 1993 when Waitakere Community Board members David Harre and Penny Hulse heard that the old Avondale Railway Station (built in 1879) was to be demolished and replaced with a modern corrugated iron shelter. The neglected and vandalised station had been closed since 1986. Since it was well worth saving, NZ Read more...

2.16 km
Arty Strother ran a garage on this site for almost 30 years. After returning from World War II he bought a house (through the rehabilitation programme) next to the present garage and in 1947 accepted the offer of a job from Doug Mattson who had just built a new garage on the corner of Swanson and O’Neills Rd. After working Read more... 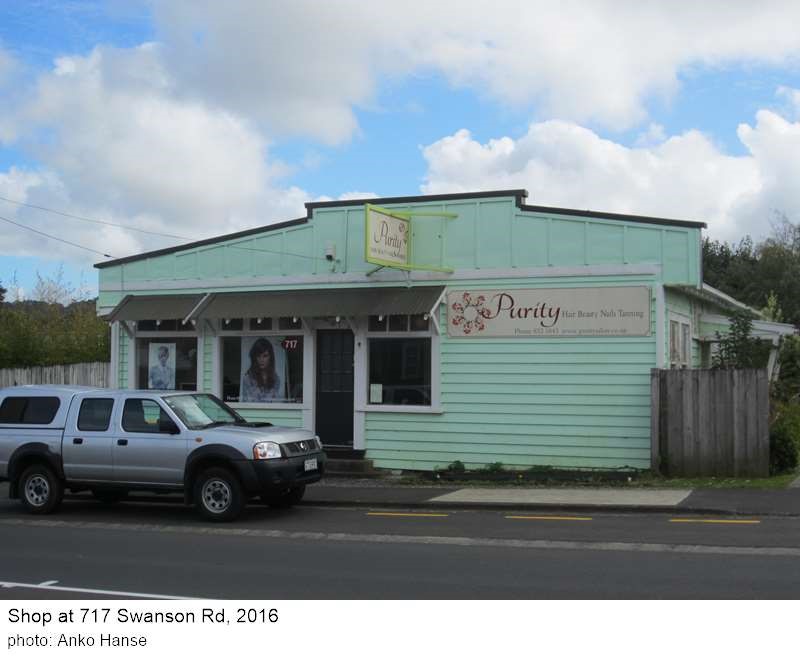 2.21 km
John Beecher Guy built this shop in 1926 for his sister Charlotte (Lottie). It was called ‘Wendy’s Tea and Candy Kitchen’ and sold Peters ice-cream, soft drinks, aerated waters and tobacco and home-made confectionary (Lottie had taken a course in sweetmaking). Without refrigeration the ice-cream was chilled in a mixture of bought ice and salt. Lottie provided morning and afternoon Read more... 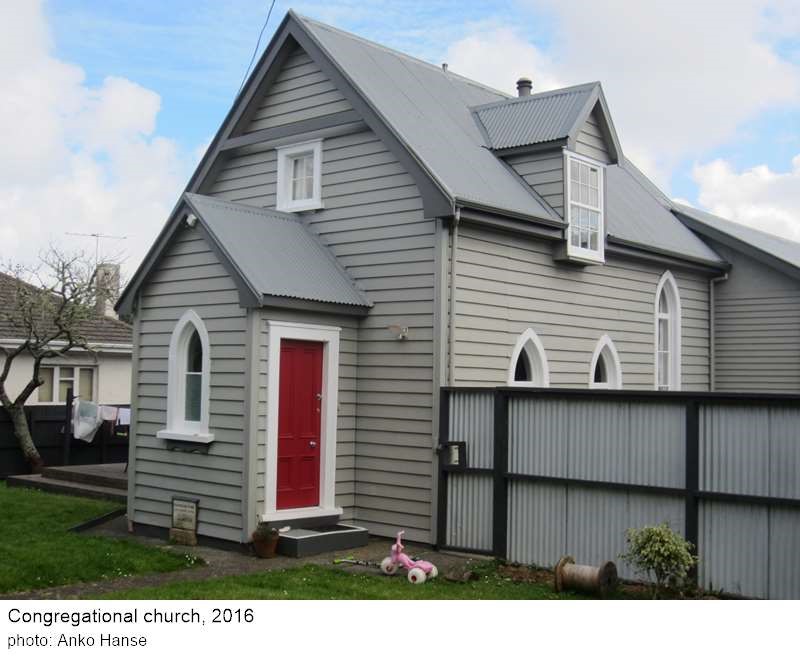 2.25 km
The ‘Weekly News’ reported in February 1901 that James Wilkinson of Auckland, who owned a 24-acre block west of Church Street, “has given a piece of land at Swanson for the building of a place of worship, but it is conditional that the place be erected in twelve months, which is rather hard lines on Swanson… (in October 1901) busy Read more...